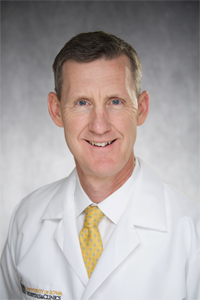 Professor of Radiology and Neurology

Colin P. Derdeyn, M.D. is the Krabbenhoft Professor and Chair of the Department of Radiology at the University of Iowa Hospitals and Clinics. He is also a professor of neurology and neurological surgery. He directs the NeuroEndovascular Service and the Iowa Institute of Biomedical Imaging.

Former national leadership roles include serving as president of the Society for NeuroInterventional Surgery and Chair of the Stroke Council of the American Heart Association/American Stroke Association. He is on the editorial board of Stroke and AJNR.